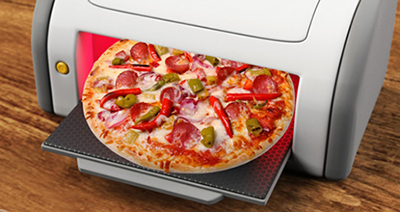 After the invention of printers it quickly became the most important part for corporations and for small households. Even at home printers are used for practical purposes, for example for art projects, printing assignments, etc.

However, as all new technological inventions, the facts about the printers can be bright and fun at the same time. Our company presents you interesting facts about printers.

Printers can be used for printing food and you can eat. These types of printers are known as 3D printers.

3D printers can be used not only for printing foods, but also for weapons, clothing, jewelry and even artificial dentures that are used in medical area.

NASA even plans to produce an innovative 3D printers to help astronauts for building shelters and tools.